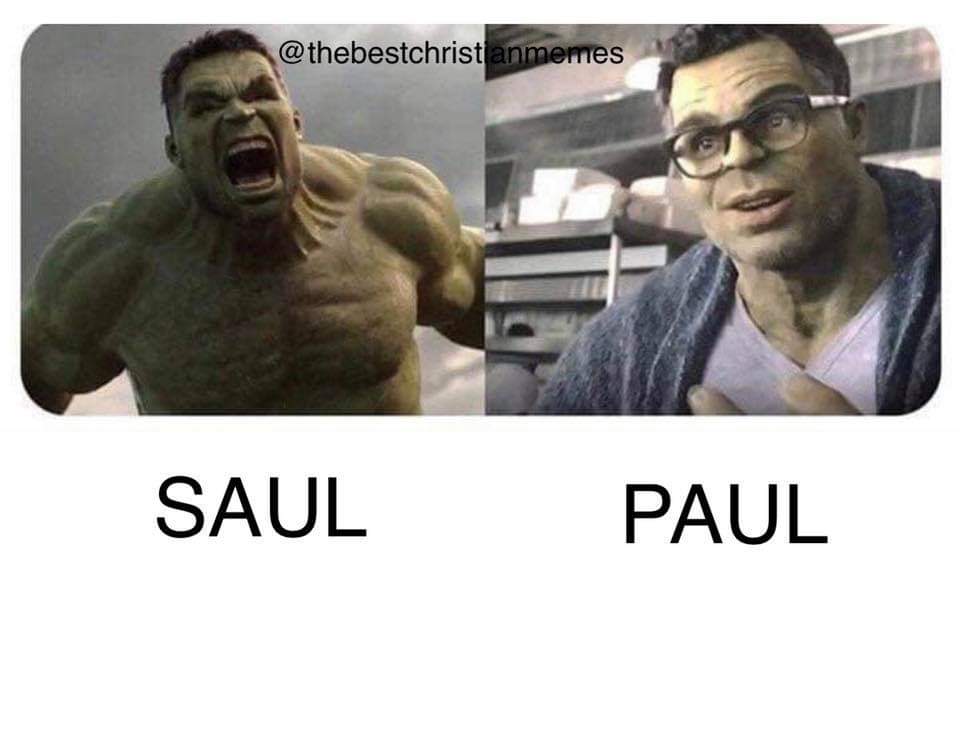 It’s Ascension Thursday! In many places…

But not here! In our Diocese we will celebrate Ascension on Sunday. Instead today we heard the readings from Thursday of the 6th Week of Easter. Which I’m happy about, because today’s readings give me a good giggle every time.

Paul Gives Up on His People… NOT! 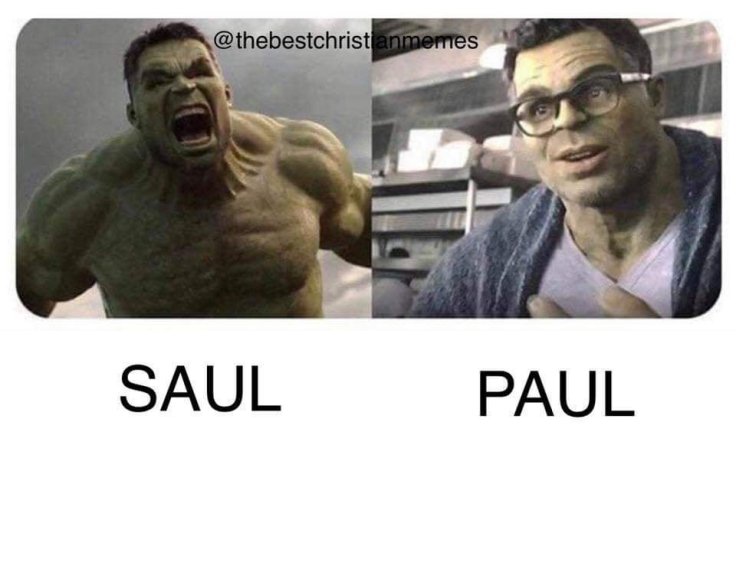 Before his conversion, Saul was a proudly observant Jew who persecuted and killed fellow Jews who believed Jesus was the Messiah.

After his conversion, Paul became a proudly observant Jew who deeply wanted his brothers and sisters to know Jesus as the Messiah. While he wasn’t killing people any more to prove his point, Paul still had some anger management issues.

So when fellow Jewish observers of the Sabbath in Corinth “opposed him and reviled him” for preaching that Jesus is the Messiah, I imagine Paul’s impulsive, angry response as a moment of HULK SMASH!

“Your blood be on your heads! From now on I will go to the Gentiles.”

I have to laugh at Paul’s little temper tantrum here because of what happens next. Does Paul have instant success converting dozens of Greeks in Corinth instead? Hahaha! No.

Paul did eventually come to share God’s love for all people “whether Jews or Greeks” (1 Corinthians 12:13). But Paul’s ministry to the Gentiles also had the ulterior motive of trying to “move to jealousy my fellow countrymen and save some of them” (Romans 11:14).

Paul’s next move was actually not to ignore his fellow Jewish people at all. Instead he managed to befriend “Crispus, the synagogue official” who “came to believe in the Lord along with his entire household.” Hahaha! Way to preach to the Gentiles, Paul.

My full belly laugh is full of loving appreciation, though, not mockery. I can identify with Paul here, especially as a parent or in local politics, where I sometimes just “give up” on people or issues out of frustration. Just like Paul, it’s not because I don’t care, but rather because maybe I care a little too much. Sometimes when we let go of our preconceived outcome, that’s when we’re more open to following the Holy Spirit.

Final important note: Biblical moments like this and Paul’s letter to the Romans (especially chapter 11) also highlights just how incredibly wrong it is to twist Paul’s angry outbursts into a condemnation of Jewish people who don’t accept Jesus as Messiah.

While I can laugh in my identification with Paul’s frustration, what’s not funny at all is the disgusting anti-Semitism that some supposed Christians take away from passages like this. Anyone who thinks they have a right to take up Paul’s cry “Your blood be on your heads” and use it to persecute and kill brothers and sisters in the Covenant… they’re still mindless killer Saul and have not “seen the light” yet.

Okay, But How Long is “A Little While”?

The laughs don’t end with Saul/Paul!

Jesus still hints at his Ascension in today’s readings, totally confusing his disciples by saying,

This biblical moment actually comes before the Crucifixion, when the disciples still don’t understand that Jesus has to die as an innocent in order to defeat the Death boss and level up to the Resurrection.

I really wish the lectionary continued on at least to the next verse here, because it is totally central to my understanding of the Crucifixion and Resurrection:

“When a woman is in labor, she is in anguish because her hour has arrived; but when she has given birth to a child, she no longer remembers the pain because of her joy that a child has been born into the world.”

Just like all mothers must suffer in childbirth, so we all must suffer death. Jesus came to experience both of those traumatic moments like any mortal human, and transforms them by the power of his Presence.

And that’s not all!

This 16th chapter of the Gospel of John ends with this beautiful consolation that I hold close as a mantra. These words give us a reason for a sly smile even on days of greatest anguish:

“I have told you this so that you might have peace in me. In the world you will have trouble, but take courage, I have conquered the world.”

A relationship with Resurrected Jesus is like having a sandwich in your pocket. See the sandwich, it goes away for a bit in your pocket, but you know it’s always there for you when you get hungry.

Enjoy the giggles! And the Resurrection Sandwich.