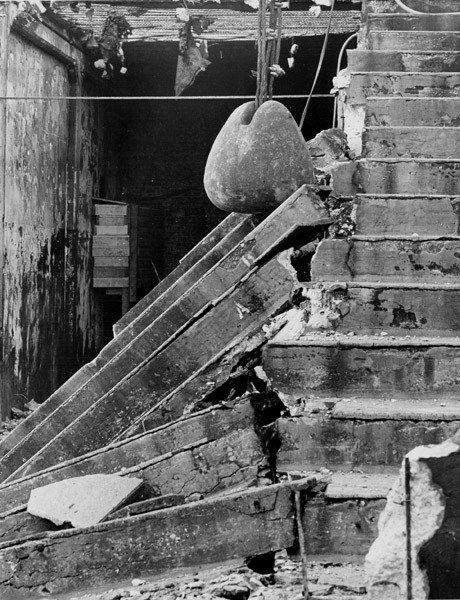 50 years ago, our neighborhood burned, too. Our city was a forest that had too much debris, ready to flare at the smallest spark. Too many dead bodies littered the ground: bodies lynched, starved, raped, all because of an imbalance in power. Glass was broken, spirits crushed, and many with the resources to move out tried their best to cut their losses and leave.

There is a difference between an uprising and a riot.

But to paraphrase Victor Hugo, there is a difference between an uprising and a riot. A riot is for personal gain. An uprising is an outward sign of moral outrage from a people who have been oppressed too long.

Its moral rightness is damaged by its own violence, true. But when the flames die down, the embers of just anger remain, unquenched. Looting changes nothing but a few people’s fortunes, but an uprising signals a shift in history.

The wind is changing, and your tree is the one that cracked under its blast. But it doesn’t have to end here. This could be the precursor of laws to be changed and lives to be uplifted.

50 years later, Hough’s history shows that after the riots, those who remained pulled themselves up with their own singed boot straps. Those brave souls, many who breathe no more, created housing codes, food distribution programs, and free school lunch.

Our ashes were a symptom of greater social wounds–unlivable housing, racial segregation, tensions between business owners and the underground economy. Some of those maladies are still plaguing us today, even though all these years we have been testing and toiling to find the treatment.

This fieldwork in justice has involved social support networks and private philanthropists, faith communities and anarchists, politicians and non-state actors. We have worked by trial and error with human lives, but our legacy will be the millions who have moved from abject poverty to working poor, from illiterate to educated, and that is a giant step forward.

Our legacy will not be stigma, but justice.

But for every step forward in racial segregation, it seems we take a step backwards in class inequality. Forward in women’s equality, backwards in family stability. Just like human development, sometimes we regress as we progress.

Meaningful work, a home with heat in the winter…this is justice. Simple, quiet progress. To breathe another day, this is the simple cry of justice.

So keep breathing, Ferguson. Keep crying. We suffer with you.

But let this be the suffering that leads to treatment. Our society is sick with imbalances of power, and the truth is that we don’t have a cure.

But let your grief continue to fuel your just anger. Turn your torches into tools of rhetoric. Sweep up the broken hearts and the broken shards of glass, and make a mosaic to our shared future. Keep the vision alive that one day, all can walk safely on our streets and sleep safely in our homes.

You may keep crying, Ferguson, until your last breath. The stigma of last night’s violence may last for decades. But transformation is coming. Indeed, it may already be at your door. When you through your ashes into the wind, you will see what The Spirit has in store for a New Ferguson and a New Hough.

Collect the pieces from this uprising and injustice. Carry them with you as you rise up in justice so all may live in peace.

One thought on “Learning From History: From Hough to Ferguson”